Illinois pensioner, collecting $165,000 a year, vying for Florida job that pays even more 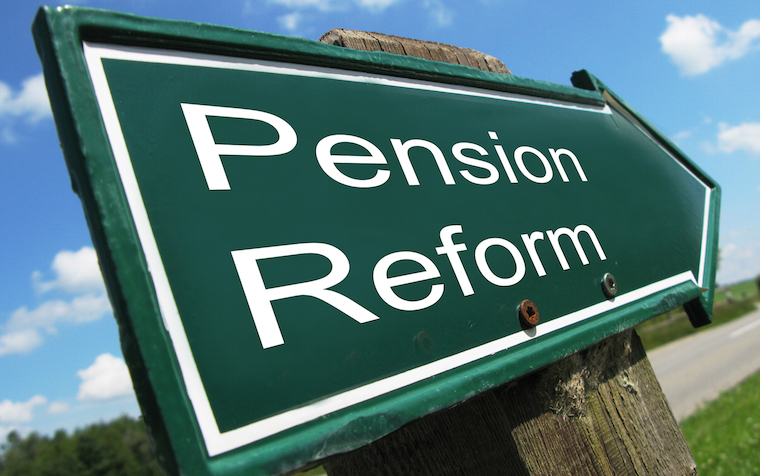 The retiree has every right to collect his pension and find another job, according to the Pension Integrity Project.

Retired Joliet City Manager Jim Hock could be on the verge of becoming a wealthy man.

A report last month by WJOL radio said that Hock, who collects $165,000 a year in pension after 39 years of public service, was on the short list for a city manager job in Florida, at a salary level potentially higher than his pension.

The Hock scenario has played out thousands of times across Illinois and around the country, Leonard Gilroy, senior managing director of the Pension Integrity Project at the Reason Foundation, told the Will County Gazette.

And, he says, it’s one that state and local governments have little control over, especially when the retiree moves to another state.

“The retiree has every right to both collect his pension and find another job,” Gilroy said. “If they contributed to the pension under the rules of that system, then they deserve that money.”

Gilroy did say that some states have adjusted future pension plans when the retiree takes another full-time job that participates in the same pension system.

“But the pension of anyone taking another job out of state can’t and shouldn’t be touched,” he said.

Beyond instances of pension spiking, Gilroy says the acceleration in the unfunded liabilities of public pensions – Illinois has more than its share on both the state and local government levels – is most often attributable to poor management, and politicians promising more than the pension system can deliver.

In short, the problems are caused by the employers, not the employees.

“My question [to government officials] is always: Can the pension system in question withstand another Great Recession?” he said. “Do the math of putting it through another recession and see what happens.”

Gilroy said that one other factor putting a strain on pension plans, and not accounted for 20 or 30 years ago, is that people live longer and work longer than expected.

“It's not uncommon for people wanting to work more than 25 or 30 years,” he said. “That wasn’t taken into account 30 years ago.”

Hock is among three finalists for the city manager job in Marco Island City, Florida, according to a recent published report in the Marco Eagle.

“The three remaining candidates are vying to add some stability to an office that has seen a revolving door and regular controversy,” the report said.

The previous city manager was terminated in March after three months on the job; he awaits trial on a misdemeanor battery charge, according to the report.

Hock retired from his Joliet job in May 2017, giving a month’s notice.