Fed up with corruption, Rep. McDermed calls on Democratic 'women in leadership' to stand up to Madigan 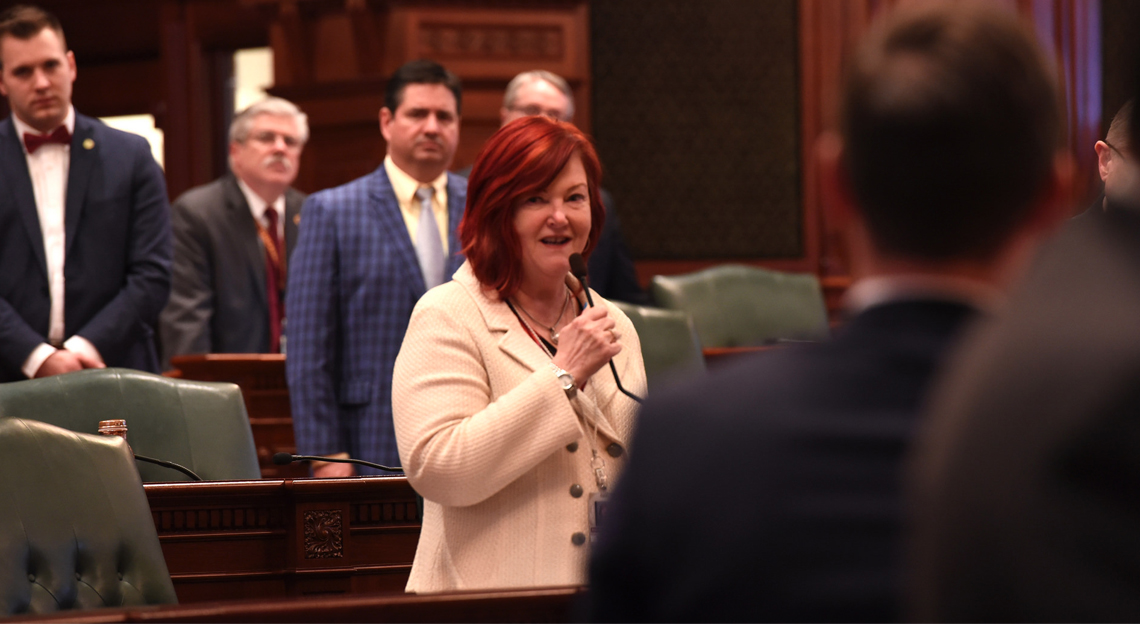 Illinois state Rep. Margo McDermed (R-Mokena) is convinced that Springfield will never get the kind of ethics reform it needs as long House Speaker Mike Madigan (D-Chicago) remains in charge, so she is doing something about it.

“I’m asking that women in leadership posts on the Democratic side to join me in demanding his resignation,” McDermed told the Will County Gazette. “How many more violations of women do you want to see? How much more are we supposed to take?”

Several media outlets have reported that longtime lobbyist and close Madigan associate Mike McClain is facing scrutiny after the discovery of a 2012 email in which he referenced the purported cover-up of "the rape in Champaign."

“Mike McClain is not the exception, he’s the rule in the culture that Mike Madigan and his cronyism has fostered,” McDermed said.

The latest scandal comes as several federal corruption probes continue to unfold in Springfield under Madigan’s watch as House Floor Leader. While Republicans have proposed several ethics-reform bills, they insist the Democratic majority in the House has done little to earnestly address the issue.

“The only thing that happens is a bunch of feel-good, do-nothing actions,” McDermed said. “I don’t anticipate any of these measures passing. The whole way the system works is that Madigan leverages the revolving door to his benefit. He brings in the young people and then puts them out in positions of leadership to be loyal to him.”

McDermed argues that everyone in Springfield should have had enough by now.

“Ghost payrolling is one thing, but to use the coverup of a rape as a positive reason to keep someone employed by the state, is unconscionable,” she said in a press release. “You have to ask yourself what kind of person uses that as a bargaining chip.”