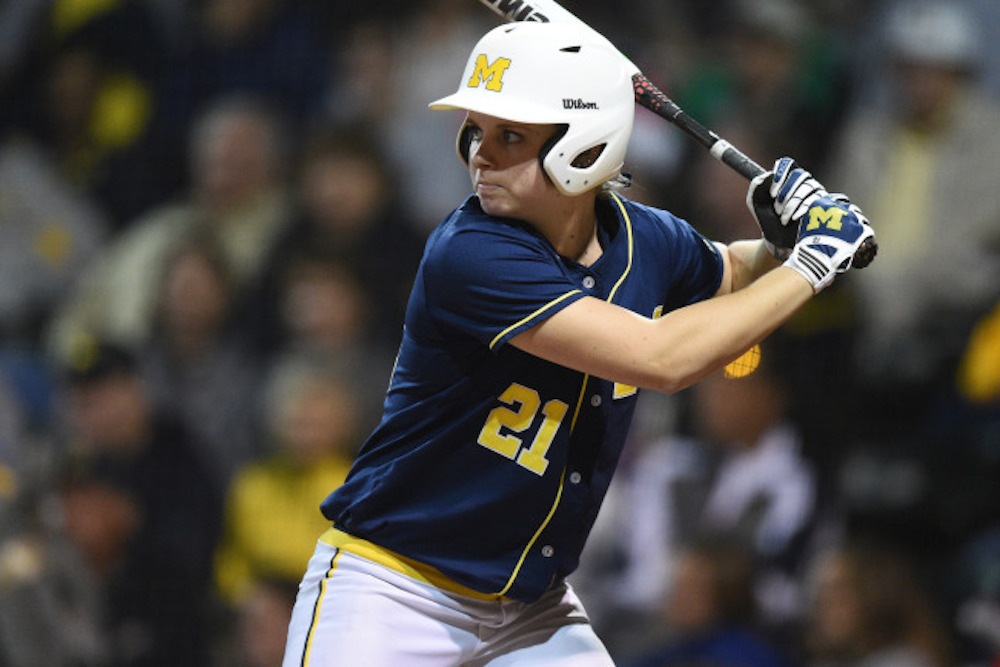 Michigan's softball team is a storied franchise that has been among the front-runners in Big Ten softball as of late, and junior outfielder Kelly Christner from Tinley Park, Illinois is one of the chief reasons why.

The Wolverines notched a 52-7 record in 2016, and Christner was one of the leaders of an offense that led the nation statistically.

Christner started off at Victor J. Andrew High School, where softball wasn't the only focus. She's always had an affinity for balancing academics and athletics, which put her on Michigan's recruiting radar.

"I maintained my GPA around a 4.7/4.0 by taking honors and AP classes," Christner recently told the Will County Gazette. "I think the fact that I excelled in both was one of the main reasons why I was a good fit for the University of Michigan."

The four Andrew Scholar-Athlete Awards she won in high school were only the beginning of her academic achievements. She went on to win the Academic All-Big Ten Award, as well as the Capitol One Academic All-America Third Team Award in 2015.

Kelly's early beginnings in sports trace back to her parents, who bestowed her with an impressive lineage. Her mother played soccer at Walsh, and her father played baseball at Cornell. This athletic family history was only a blessing for her, and it prepared her for Michigan.

"They were able to help me with what characteristics I should look for in schools, and they were able to prepare me for the time management aspect of being a college athlete," Christner said of her parents. "This did not bring more pressure, but simply more motivation to excel in every aspect of my college career."

Christner's on-field prowess has been equally impressive. She was an NFCA All-America First Team selection in her sophomore season. Her 2015 campaign was her breakout year, notching 21 home runs and 67 RBIs. She was also taken for the All-Big Ten team and the NCAA All-Tournament team that season.

Christner's career batting average is .347, with a slugging percentage of 623. She sites her voice as being her most important asset to the team.

"Personally, I am not afraid to say what is on my mind," she said. "Therefore, if I think that someone isn't giving 100% or is giving attitude, then I will be one of the first people to get on them for this." She aims to be a voice of reason and motivation, not only on the field, but as a mentor in all aspects of life.

But Christner's abilities also extend to defense as well, as she holds a fielding percentage of .964, and made the All-Big Ten Defensive Team in 2015.

She relies on leadership and energy to power her squad, and she relishes being that presence.

"I was not hitting as consistently as I would have hoped, so my main role was as an energizer and a leader," Christner said. "I focused on keeping the energy up no matter what the situation was, and I think my teammates looked to me for this type of energy and motivation."

Michigan fell just short to Florida State in the Women's College World Series this season. As this powerhouse team aims for a title next year, Kelly Christner's skills will be counted on more than ever, and the sky is the limit.